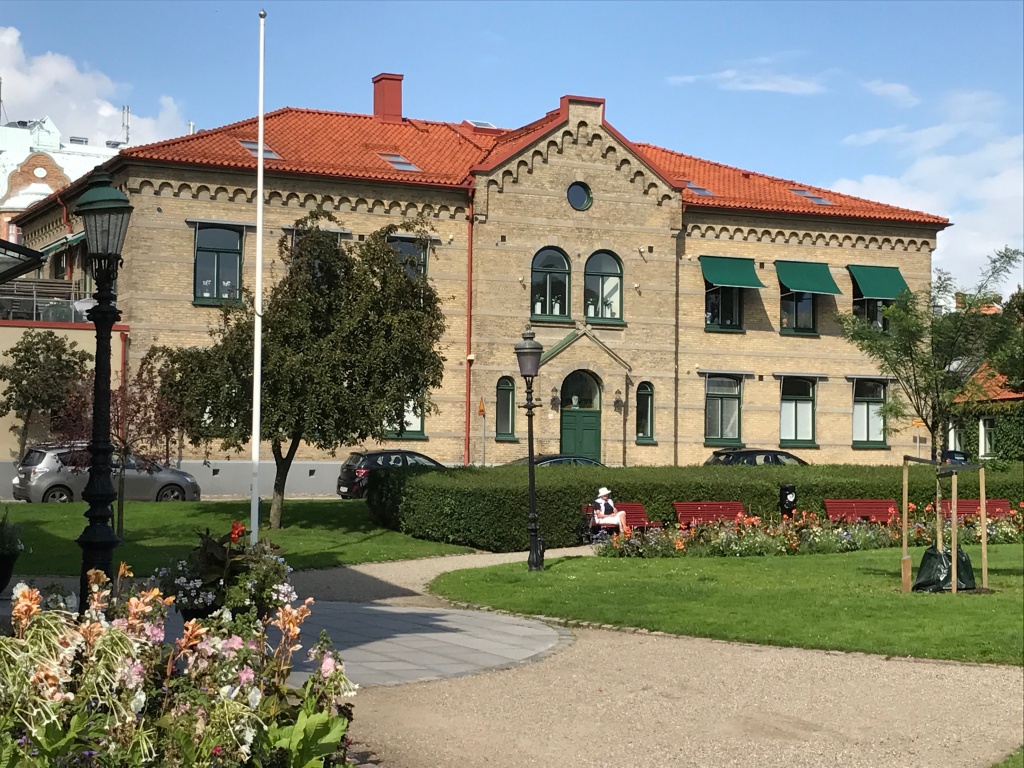 Ystad is a town and the seat of Ystad municipality in Skåne county, Sweden. The settlement dates back to the 11th century and the town has become a busy ferryport, local administrative centre and tourist attraction. It is associated with the fictional detective Kurt Wallander whose stories, by Henning Mankell, are set primarily in Ystad and nearby communities. One of Sweden's most well-preserved medieval monasteries, the Greyfriars Abbey, lies in Ystad.