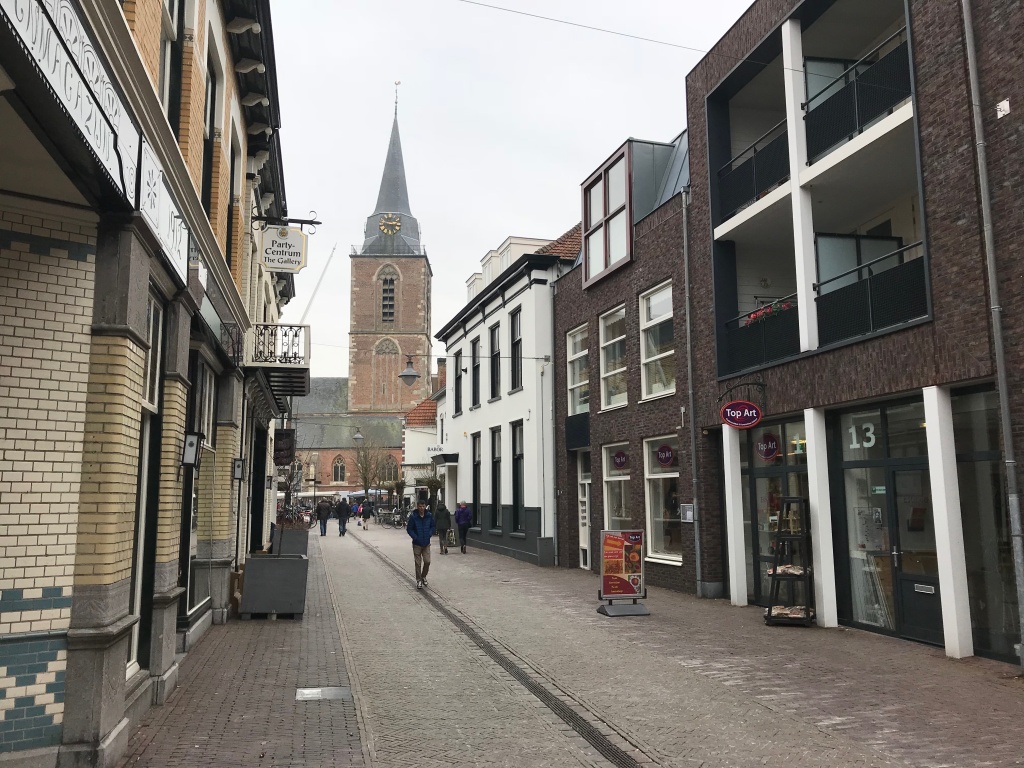 Winterswijk, also known as Winterswiek or Wenters, is a municipality and a town in the eastern Netherlands. It has a population of 28,999 and is situated in the Achterhoek, which lies in the easternmost part of the province of Gelderland in the Netherlands. After 1870 the town became a centre for textiles, such as spinning and weaving and indeed the Tricot fabriek employed a large proportion of the local population in its heyday. In 1878 the railway line to Zutphen was built primarily for the textile industry, which was set up by Jan Willink.