Luxembourg, officially the Grand Duchy of Luxembourg, is a landlocked country in western Europe. It is bordered by Belgium to the west and north, Germany to the east, and France to the south. Its capital, Luxembourg City, together with Brussels and Strasbourg, is one of the 3 official capitals of the European Union and the seat of the European Court of Justice, the highest judicial authority in the EU. Its culture, people and languages are highly intertwined with its neighbours, making it essentially a mixture of French and Germanic cultures. This is emphasised by the 3 official languages, Luxembourgish, French, and German. The repeated invasions by Germany, especially in World War II, resulted in the country's strong will for mediation between France and Germany and, among other things, led to the foundation of the European Union.

With an area of 2,586 square kilometres, it is one of the smallest sovereign states in Europe, about the same size as the US state of Rhode Island or the English county of Northamptonshire. In 2016, Luxembourg had a population of 576,249, which makes it one of the least-populous countries in Europe, but by far the one with the highest population growth rate. As a representative democracy with a constitutional monarch, it is headed by Grand Duke Henri and is the world's only remaining grand duchy. Luxembourg is a developed country, with an advanced economy and one of the world's highest GDP (PPP) per capita. The City of Luxembourg with its old quarters and fortifications was declared a UNESCO World Heritage Site in 1994 due to the exceptional preservation of the vast fortifications and the old city. 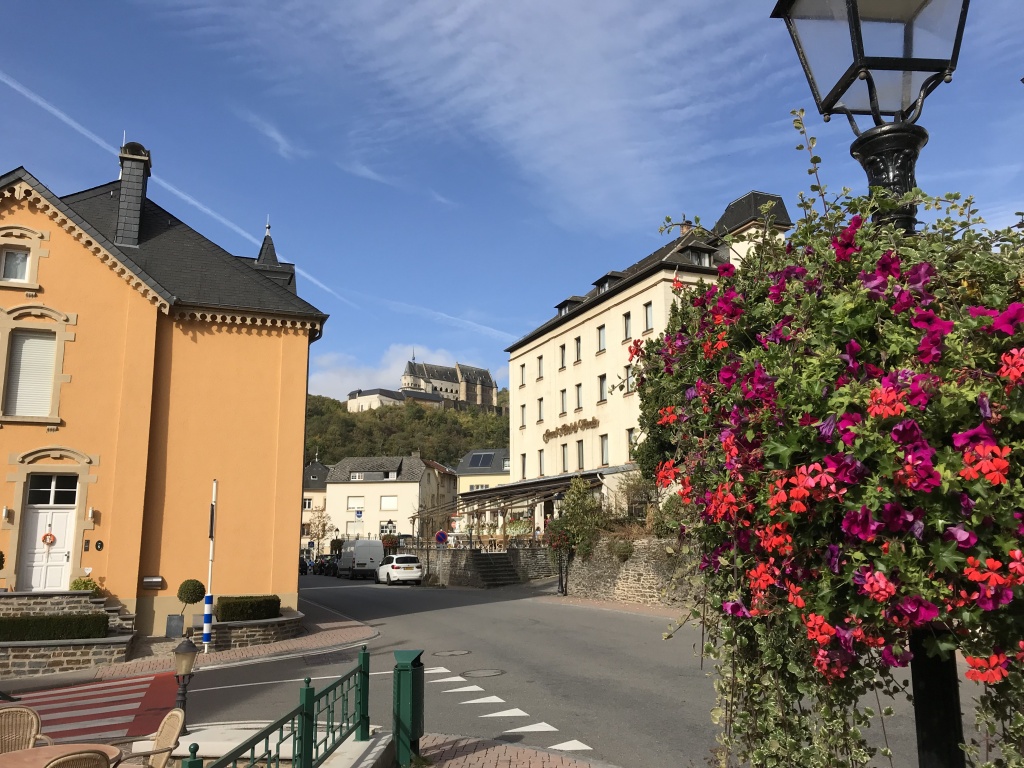 Vianden is a commune with town status in the Oesling, north-eastern Luxembourg, with over 1,800 inhabitants. It is the capital of the canton of Vianden, which is part of the district of Diekirch. Vianden lies on the Our river, near the border between Luxembourg and Germany. It is known for its impressive castle and beautiful location in the Our valley. Vianden is one of Luxembourg's main tourist centres with large numbers of holidaymakers and local visitors at all times of the year. 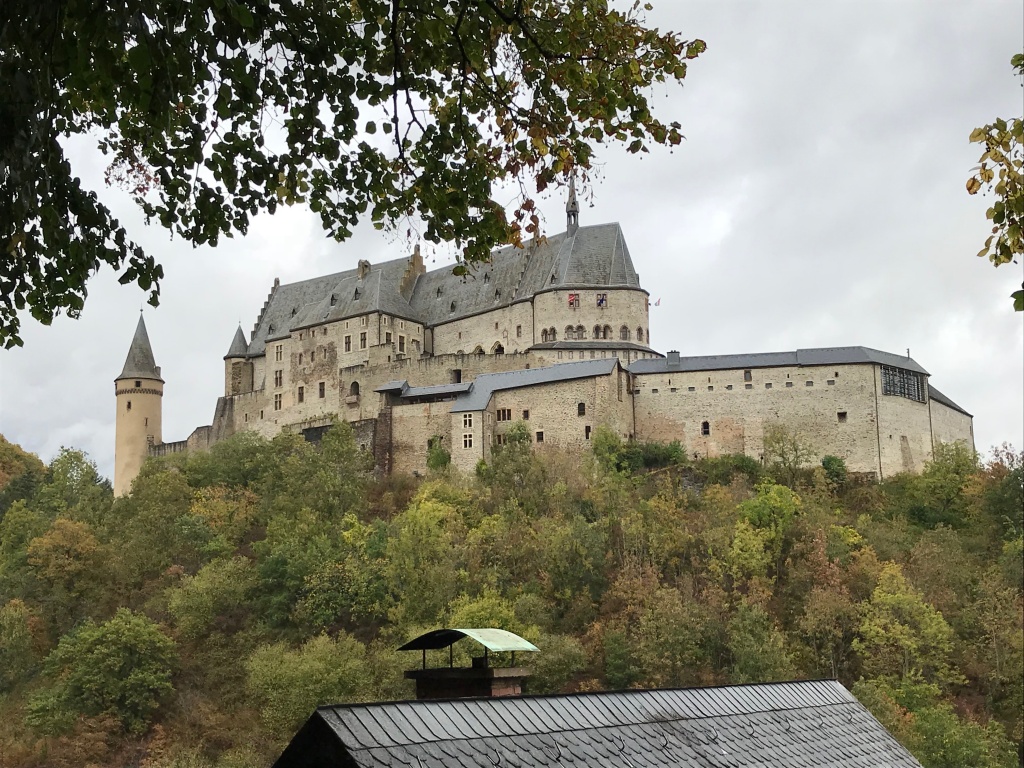 Vianden Castle was constructed between the 11th and 14th centuries on the foundations of a Roman 'castellum' and a Carolingian refuge. It is one of the largest and most beautiful feudal residences of the romanesque and gothic periods in Europe. In 1820, under the reign of King William I of Holland, the castle was sold piece by piece, and as a result, it fell into a state of ruin. It was a pile of rubble until the family of the Grand Duke of Luxembourg transferred it to state ownership in 1977. Since restored to its former glory, the castle now ranks as a monument of not only regional, but European importance. 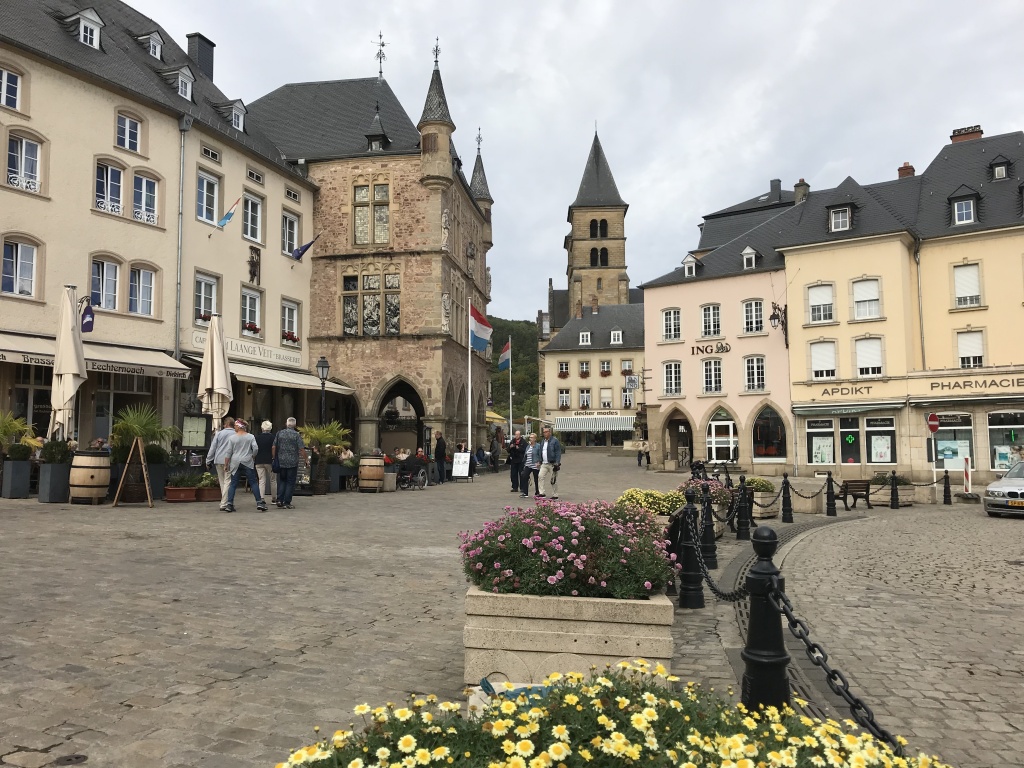 Echternach is a commune with town status in the canton of Echternach, which is part of the district of Grevenmacher, in eastern Luxembourg. Echternach lies near the border with Germany, and is the oldest town in Luxembourg. There are 2 main churches in Echternach. The larger is the Abbey's Basilica of St Willibrord, now surrounded by the eighteenth-century abbey (today a high school) and is located in the heart of the town's historical centre. The other is the parish church of St Peter and Paul. 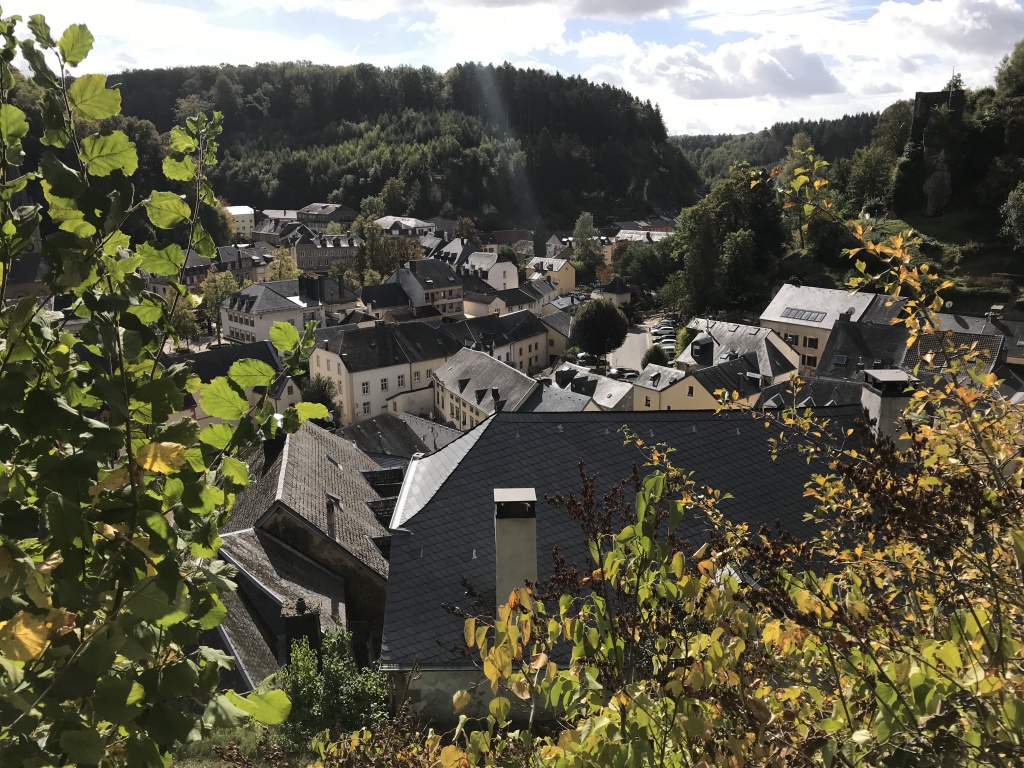 Larochette is a commune and town in central Luxembourg, in the canton of Mersch. It is situated on the White Ernz river. The town is dominated by the partly ruined Larochette Castle. As of 2005, the town of Larochette, which lies in the north-east of the commune, has a population of 1,359. Other towns within the commune include Ernzen. 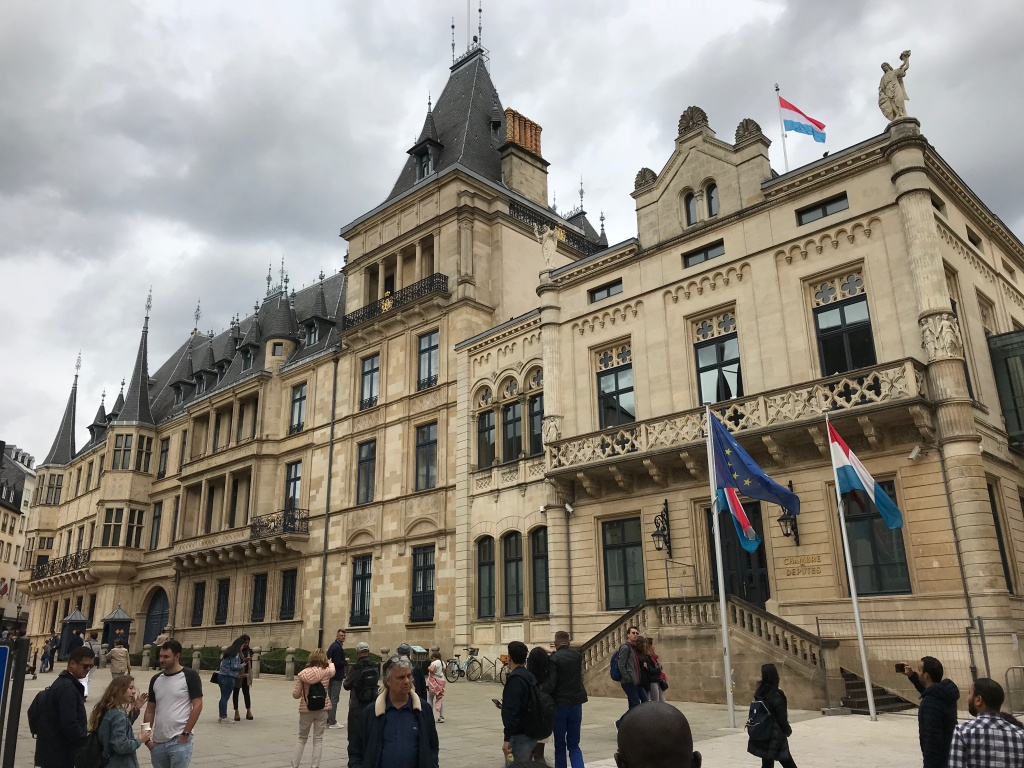 Luxembourg is the capital city of the Grand Duchy of Luxembourg, and the country's most populous commune. Standing at the confluence of the Alzette and Pétrusse rivers in southern Luxembourg, the city lies at the heart of Western Europe, situated 213 km by road from Brussels, 372 km from Paris, and 209 km from Cologne. The city contains Luxembourg Castle, established by the Franks in the Early Middle Ages, around which a settlement developed.