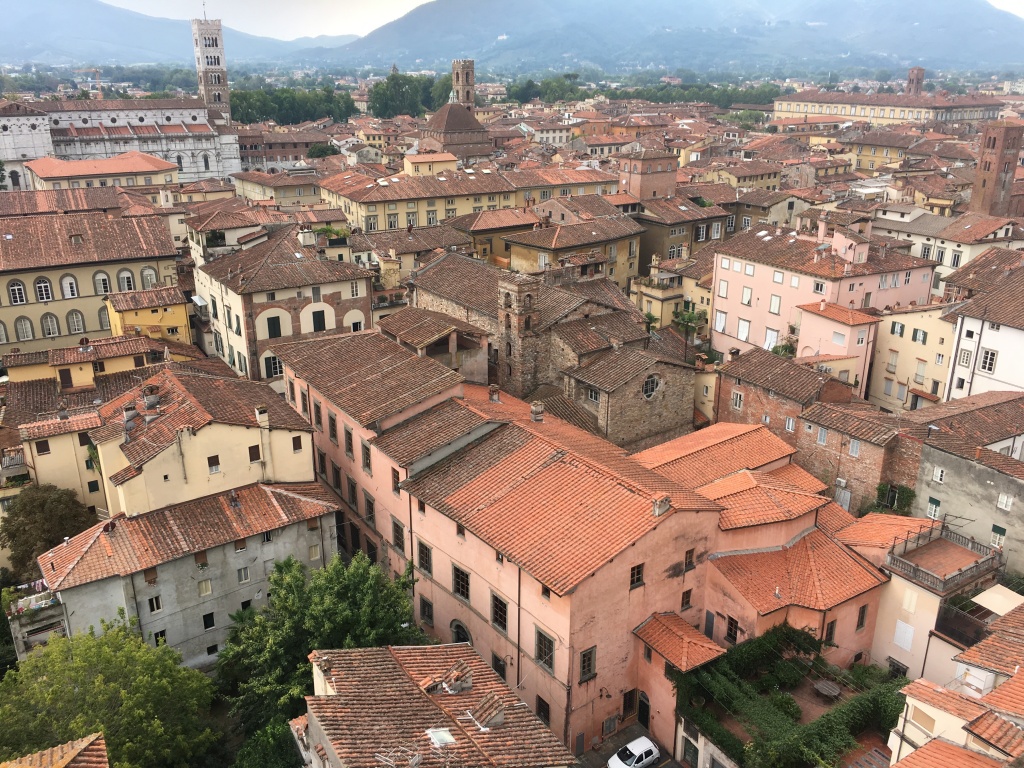 Lucca is a city and comune in Tuscany, Central Italy, on the Serchio, in a fertile plain near the Tyrrhenian Sea. It is the capital of the Province of Lucca. It is famous for its intact Renaissance-era city walls. The walls encircling the old town remain intact, even as the city expanded and modernized, unusual for cities in the region. Initially built as a defensive rampart, once the walls lost their military importance they became a pedestrian promenade, the Passeggiata delle Mura Urbane, a street atop the walls linking the bastions.