Ireland is an island in the North Atlantic. It is separated from Great Britain to its east by the North Channel, the Irish Sea, and St George's Channel. Ireland is the third-largest island in Europe. It is the second largest island in the British Isles, after Great Britain. Politically, Ireland is divided between the Republic of Ireland (officially named Ireland), which covers five-sixths of the island, and Northern Ireland, which is part of the United Kingdom, in the northeast of the island. In 2011, the population of Ireland was about 6.6 million, ranking it the second-most populous island in Europe after Great Britain. Just under 4.8 million live in the Republic of Ireland and just over 1.8 million live in Northern Ireland.

The island's geography comprises relatively low-lying mountains surrounding a central plain, with several navigable rivers extending inland. The island has lush vegetation, a product of its mild but changeable climate which is free of extremes in temperature. Thick woodlands covered the island until the Middle Ages. As of 2013, the amount of land that is wooded in Ireland is about 11% of the total, compared with a European average of 35%. There are twenty-six extant mammal species native to Ireland. The Irish climate is very moderate and classified as oceanic. As a result, winters are milder than expected for such a northerly area. However, summers are cooler than those in Continental Europe. Rainfall and cloud cover are abundant. 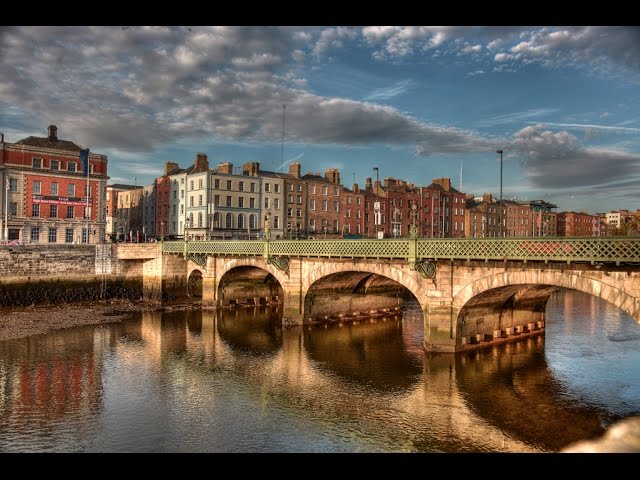 Dublin is the capital and largest city of Ireland. Dublin is in the province of Leinster on the east coast of Ireland, at the mouth of the River Liffey and bordered on the South by the Wicklow Mountains. Founded as a Viking settlement, the Kingdom of Dublin became Ireland's principal city following the Norman invasion. The city expanded rapidly from the 17th century and was briefly the second largest city in the British Empire before the Acts of Union in 1800. Following the partition of Ireland in 1922, Dublin became the capital of the Irish Free State, later renamed Ireland.