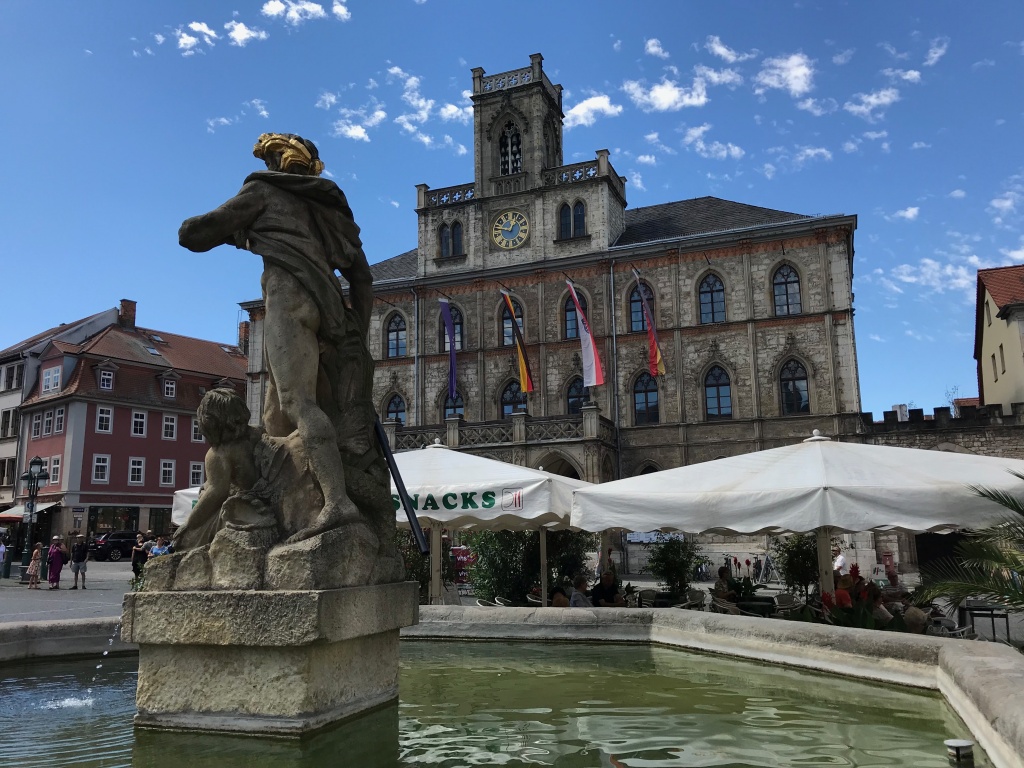 Weimar is a city in the federal state of Thuringia, Germany. Together with the neighbour-cities Erfurt and Jena it forms the central metropolitan area of Thuringia with approximately 500,000 inhabitants, whereas the city itself counts a population of 65,000. Weimar is well known because of its large cultural heritage and its importance in German history. Today, many places in the city centre have been designated as Unesco World Heritage sites (either as part of the Weimar Classicism complex or as part of the Bauhaus complex) and tourism is one of the leading economic sectors of Weimar.