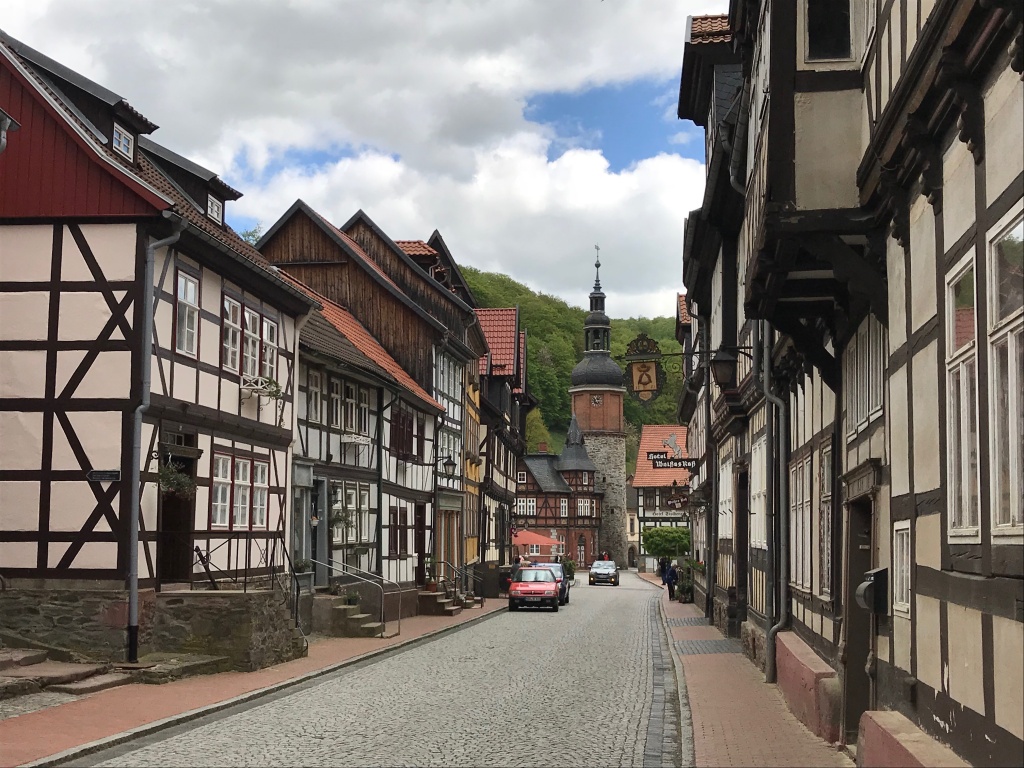 Stolberg is a town (sometimes itself called 'Harz' in historical references) and a former municipality in the district of Mansfeld-Südharz, in the German State of Saxony-Anhalt, Germany. It is situated in the southern part of the Harz mountains, about 27 kilometres west of Sangerhausen, and 13 km northeast of Nordhausen. Since 1 September 2010, it has been part of the municipality of Südharz.