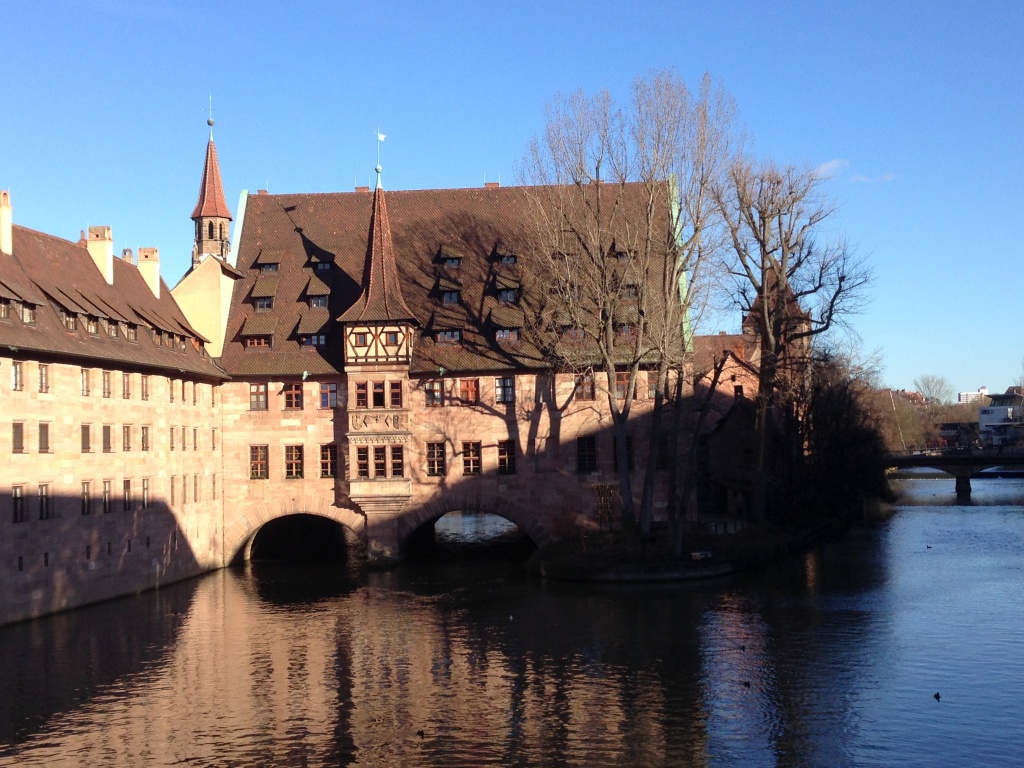 Nuremberg (German: Nürnberg) is a city on the river Pegnitz and on the Rhine–Main–Danube Canal in the German state of Bavaria, in the administrative region of Middle Franconia, about 170 kilometres north of Munich. It is the second-largest city in Bavaria (after Munich), and the largest in Franconia. As of February 2015 it had a population of 517,498, making it Germany's fourteenth-largest city.