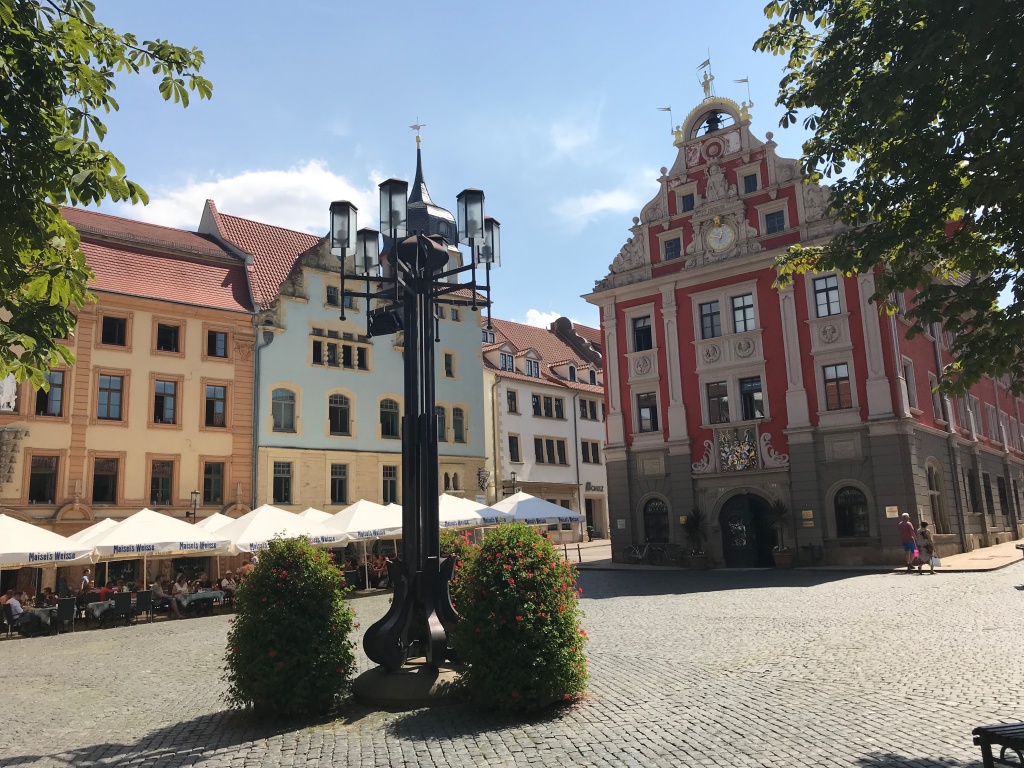 Gotha is the fifth-largest city in Thuringia, Germany. In the Middle Ages, Gotha was a rich trading town on the trade route Via Regia and between 1650 and 1850, Gotha saw a cultural heyday as a centre of sciences and arts, fostered by the dukes of Saxe-Gotha. The main sights of Gotha are the early-modern Friedenstein Castle, one of the largest Renaissance/Baroque castles in Germany, the medieval city centre and the Gründerzeit buildings of 19th-century commercial boom.