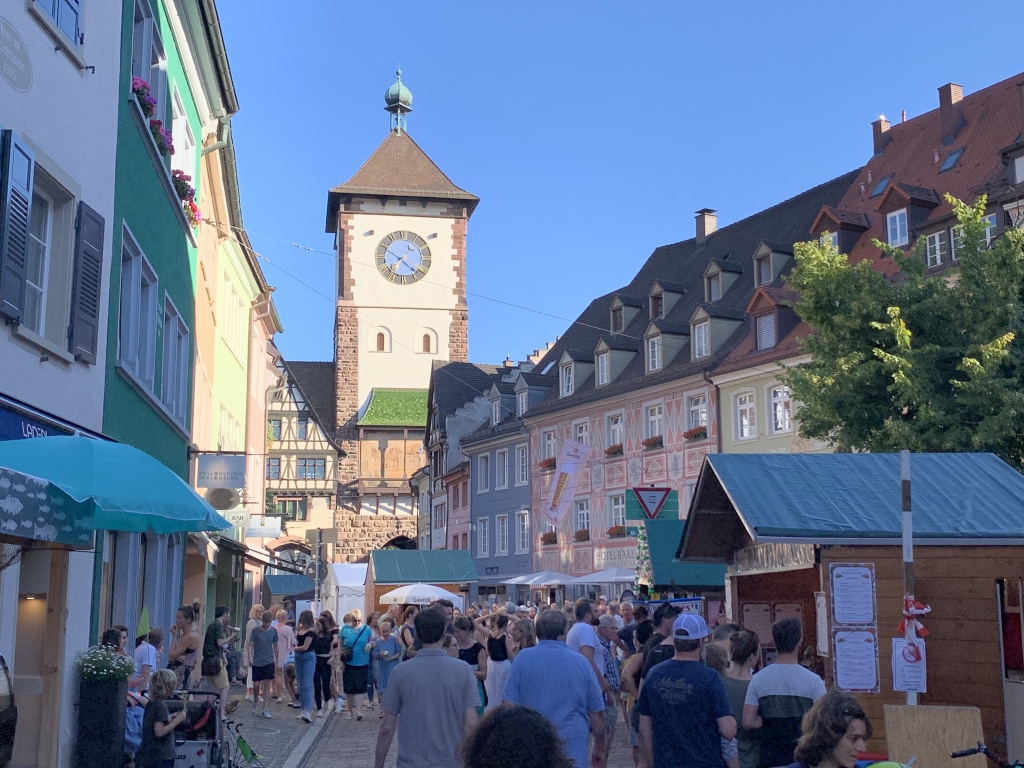 Freiburg im Breisgau is a city in Baden-Württemberg, Germany, with a population of about 220,000. In the south-west of the country, it straddles the Dreisam river, at the foot of the Schlossberg. Historically, the city has acted as the hub of the Breisgau region on the western edge of the Black Forest in the Upper Rhine Plain. A famous old German university town, and archiepiscopal seat, Freiburg was incorporated in the early twelfth century and developed into a major commercial, intellectual, and ecclesiastical center of the upper Rhine region.