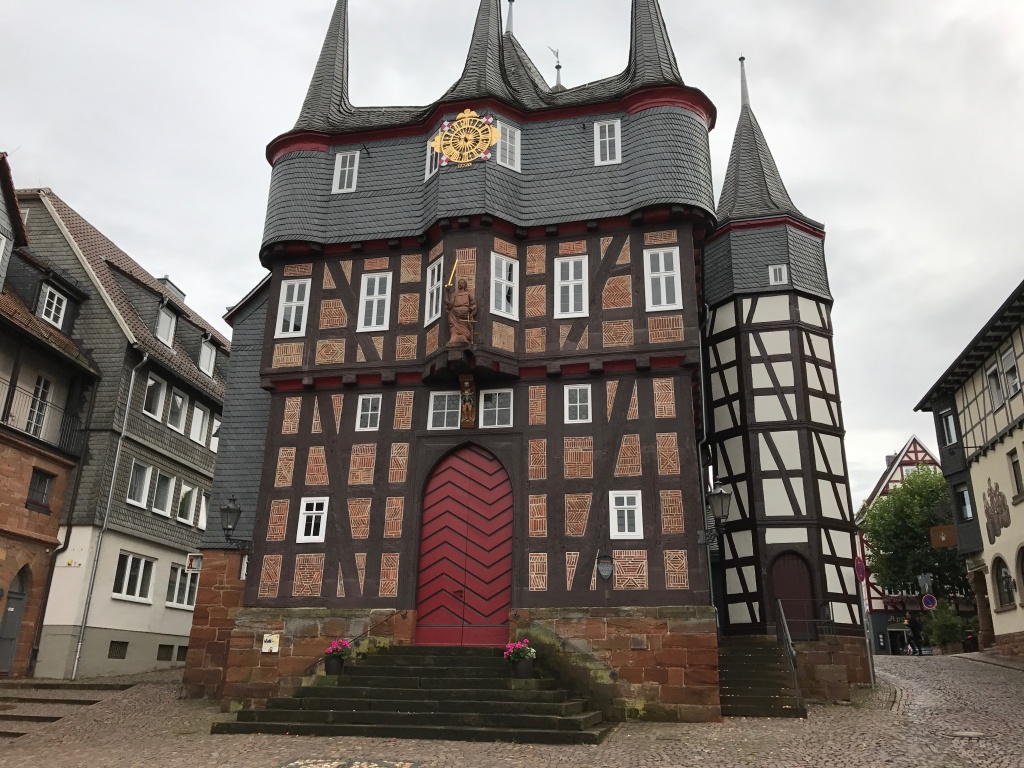 Frankenberg an der Eder is a town in the Waldeck-Frankenberg district and regional center in Hesse, Germany. The mountain at a ford over the Eder north of the Burgwald range was for a long time a fortified place, playing an especially important role under the Franks in the Saxon Wars. The current town was built in 1233-1234 by the Thuringian Landgrave and quickly earned economic importance for its location at the junction of 2 trade routes. The downtown core consists of the renovated Old Town and the likewise renovated New Town with many half-timbered houses.