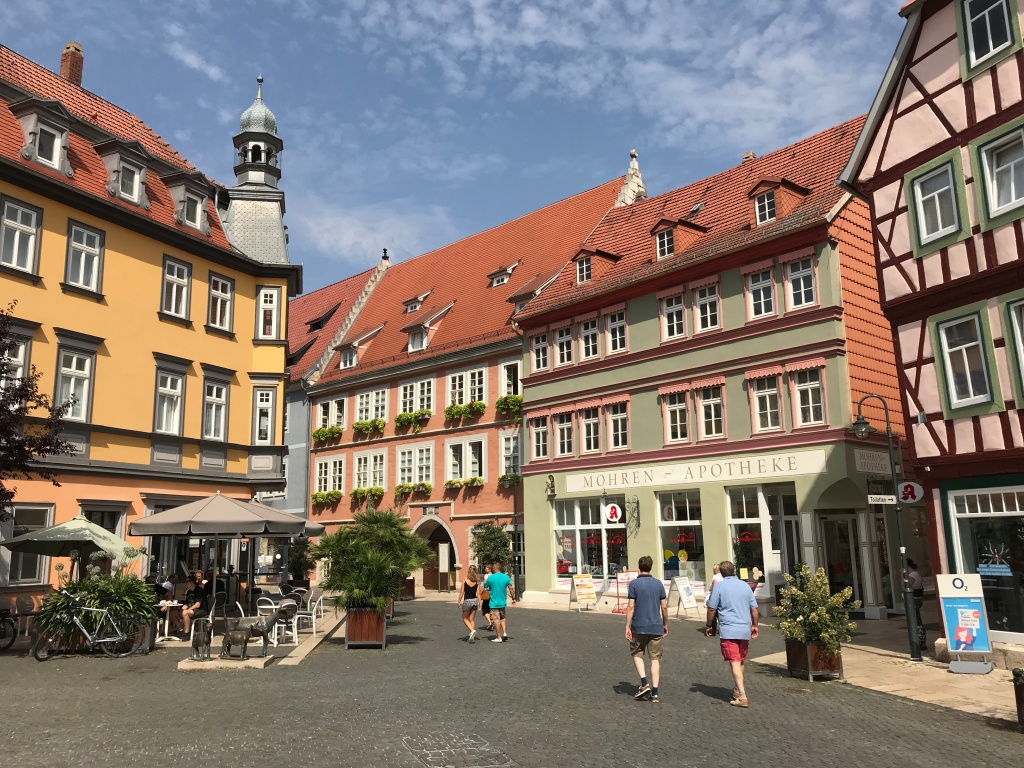 Bad Langensalza is a spa town of 17,500 inhabitants in the district of Unstrut-Hainich, Thuringia, Germany. Langensalza is something of a tourist spot, with picturesque ruins of a medieval castle, and sulphur baths nearby. The sulphur baths were discovered in 1811, and opened to the public as a curative bath in 1812. Salt and mineral water springs were discovered in 1996, which prompted the opening of many new curative facilities. Bad Langensalza contains a botanical garden, which opened in 2002, and also borders National Park Hanich, founded in 1999.