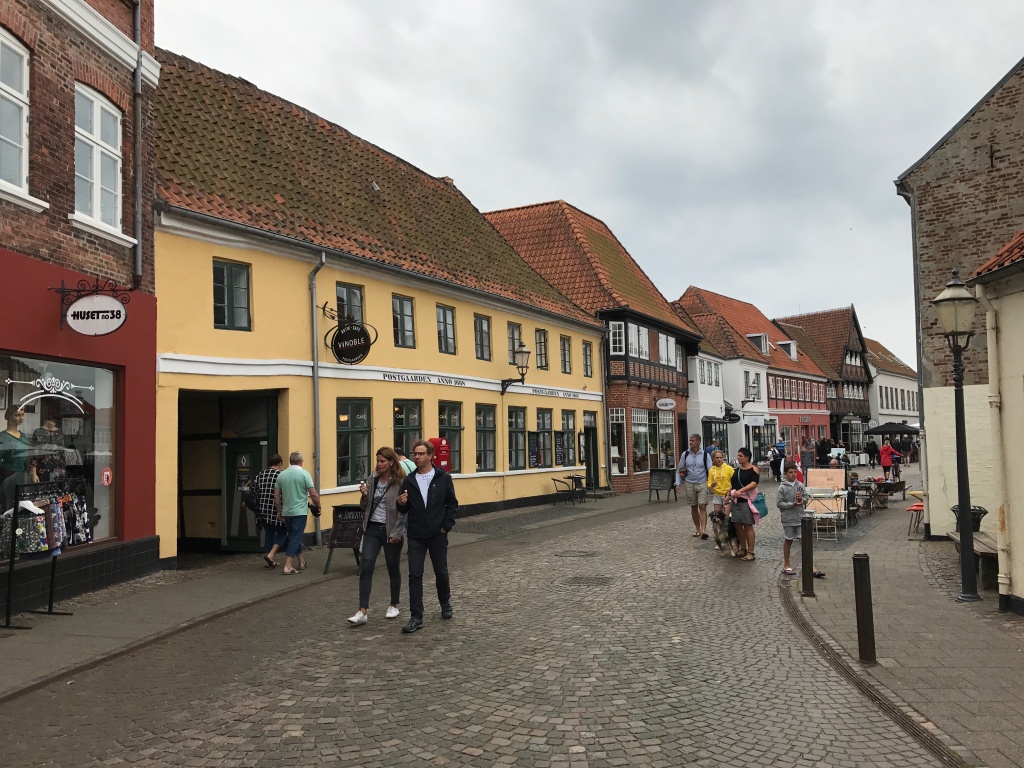 Ribe is the oldest extant town in Denmark and Scandinavia, established in the early eighth century in the Germanic iron age. In 2010 the town celebrated its 1300th anniversary. The town has many well-preserved old buildings, for example Ribe Cathedral, and about 110 houses are under heritage protection. Denmark's oldest town hall is found on the town's Von Støckens Plads. The building was erected in 1496, and was purchased by the city for use as a town hall in 1709.